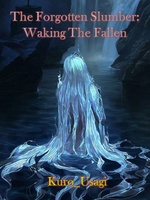 Sealed away in an eternal slumber, darkness and light danced around. Being the existing yet nonexistent soul.

All she later came to know was that she was only a few months old when they found her, sealed in an ice coffin inside a tomb. In her growth, she showed abnormalities that a child shouldn't possess. She was so knowledgeable yet she was also clueless.

Her memories were blank.

When she was trying to adapt to her now peaceful life, everything seemed to go wrong. Even the Heavens went against her as if to satisfy a personal grudge. Unknown pictures, scene after scene, like the frame scrolls of movies constantly buzzed in her mind, forcefully etched in the very depths of her soul, making her painfully memorize those seemingly unknown events of her memories.

Those were her’s. It seemed like, even in this life she couldn't get a peace of mind.

She was robbed of her peaceful life. She was forced to train herself harder. Stronger! More!

It seemed that, in her quest for her mental peace against the very heavens, she was still too weak.