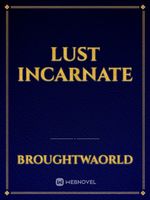 This novel is discontinued.


As a normal Earthling, he dominated and pressed most of the girls that came to have a drink in the bar. Reaching a total count of 1000, he was finally noticed by the Sin of Lust and sent to a different world where his talents can be fully explored.

With his charms, he will defeat his opponents and raze them to the ground.

With his battle arts, he will live a comfortable life impeded by none.

What? You are my Imperial Father?

What? You are my Imperial Brother?

What? You are my beautiful Imperial Sister?

With his fingers lodged deep inside a woman's... heart, he will leave his name as an undefeated Legend.

I do not own the cover.