In Library Add to Library
sign in
50% Cultivation Paths Online / Chapter 1: The Path of Cultivation 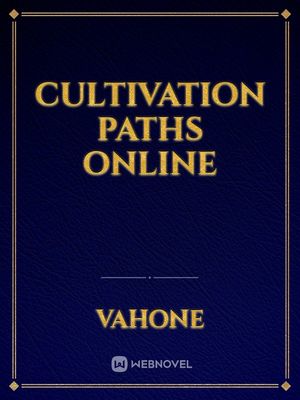 Chapter 1: The Path of Cultivation

Jin Xuan slowly put in his government ID numbers, his eyes slowly scans the virtual display panel in front of him.

<<To proceed, please place both of your thumbs on the scanner>>

<<Cultivation Paths Online will be launch in 00:15:45. Please wait patiently>>

<<Cultivation Paths Online is a virtual game created by the United Earth Federation. Developed by the brightest minds Earth have to offer, the game will be the greatest project humanity have ever created>>

<<The new body for each human on Earth will be customized by their own progress and specifications in game. With the security of the UEF, nobody could steal another body. Cultivation Paths Online is not only a way of ascend for the individuals; it is also the ascend of the human race itself>>

"Is there any news informations about the game itself?" Ji Xuan ask patiently. All of these information has been made available to the public along time ago.

<<It's time for launch, I wish you good luck Ji Xuan>>

Ji Xuan is now standing up above the clouds, staring downward he can a massive landmass. With many different biomes co existing with one another. The landmass stretch over the horizon, making one unable to see to the end. The world was so beautiful it make Ji Xuan draw a massive breath.

Suddenly a blue virtual panel appear infront of him. The panel look out of place with the primitive setting that the game took place in.

<<Please choose one of two paths. Be aware your new body will be customized by the path you choose. Once you choose there is no going back>>

[The human are the most dominant species in the Three Realms Omniverse. Their meteoric rise in the Three Realms are thank to their numbers. Their body are extremely sensitive to Ki, which make them able to easily perceive and absorb Ki. With their aggressive tactics and expansion, they've been able to dominate the Three Realms. However, because of their sensitive body, they're extremely fragile and will die if enough force are applied to them. Since there are no Ancestors to lead them, human player will have to start from scratch. If they're able to ascends they will be able to rise extremely fast]

[Beast are one of the dominant species of the Three Realms Omniverse. They've occupied their position because of their strong body and the ability to pass down their skills to their offspring through genes. They are not especially good at Ki refining, but there has been Beast ki cultivators in the past. There are two types of beast nature and biological, both are powerful. Since most Beast Cultivator are lone wolf, their start will be easier than the humans.]

Ji Xuan slowly contemplate his option, his mind flashed back through all his life experiences. From living in an orphanage for the past eighteen years, to living alone for two years. Ji Xuan think back to all the sour and the sweets experience of his life. After from be minutes a determined light shone in his eyes.

"Beast, I want to be a beast" Ji Xuan said gently, but his voice was filled with determination.

As if accepting his resolution, the virtual panel disappear. Replacing it was another panel; another warning.

<<Please be aware that the NPC in this game are also equipped with advances A.I that rivals the human brain. They're sentient, and are capable of feeling all emotions like a human. Please be aware of this fact when you decide to fight a NPC. May you face prosperous encounter, Cultivator>>

With that final warning, the panels disappear. Ji Xuan felt his body being squeezed and pushed, the last thing he remembers before blacking out was a cold voice.

<<Beginning randomly generating a body and picking a location>>

I have rewritten the first chapter because I was not happy with the way the story went. Please ignore the horrible first chapter, and start fresh.