In Library Add to Library
sign in
50% Legend of Namikaze Mirei-Naruto fanfic / Chapter 1: Birth of the Legend (Part 1) 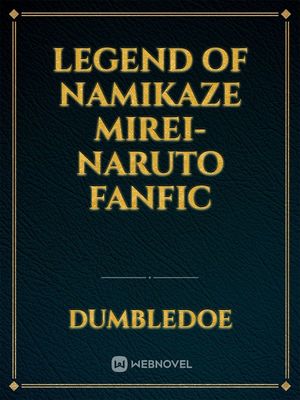 "Remember, if the time should come when you have to make a choice between what is right and what is easy, remember what happened to a boy who was good, and kind, and brave…" this is the story of the boy who was good, kind, brave as well as knows love better than anyone else

Namikaze Mirei was born in Later stages of 3rd world shinobi war as the son of the famous red hair habanero and yellow flash he had red hair violet eyes and round face he was a girl he would have definitely be Kushina copy, but instead it was a son with her face eyes and hair, their son was supposed to be special right? someone who could bring light to this world, someone who would burn brighter than the sun

Oh, he was special alright, he was so special that he needed to be put to machines after his birth, Kushina and Minato or anyone else could not even touch him for 3 weeks for the fear of worse

Doctors said his Spiritual energy is little too much for a newborn but it's not something to fear, they had a healthy baby

After 3 weeks he was released, but he was a special child he couldn't move his hands, legs or open his eyes for that matter if he wasn't breathing everyone would have guessed he is stillborn

This was because his spiritual energy was too much—so much that it swamped his physical energy. Physical energy was the potential, the capability, to move; to allow a shinobi to leap into the sky, to fly, to run quicker than the wind. As an infant up to toddler years, He had very little physical energy as the body, He had virtually zero strength. He needed shinobi training to increase the amount of physical energy his body could create, to balance the proportion of energies inside him, and so this disability.

How to train when he could barely move as it was?

That was a question that tormented his parents: Namikaze Minato and Uzumaki Kushina. They never gave up on him even when a fussy, disabled child was the last thing you need during a time of war.

Mirei barely moved as an infant due to the lack of energy. Mirei's parents immediately noticed something was wrong when he couldn't even roll around, much less push himself up. He could barely turn his head to the source of noises as it was.

Mirei was 6 months old when his spiritual energy increased by leaps and bounds, draining his already barely noticing strength even more

Mirei doesn't even have the strength to cry or drink his mother milk anymore, he just breath like a ragged doll other than that there would be no indication of life inside of him

All the people looking out for him everyone feels guilty, pity... all except one; Hatake Kakashi

"You are useless; you will not be able to contribute to the good of Konoha and yet you'd caused our main weapon, the jinchūriki, to retire.

"Sensei and Kushina-san should just get rid of you."

Of course, to add salt to the wound, it was Uchiha Obito who defended Mirei.

"Leave Mirei alone, he didn't ask to be born like this! His birth brought happiness to Sensei and Kushina-san, that's not a useless thing!

"You're just jealous that you have no parents to love you!"

At that Kakashi, eyes looked sad as he looked at Obito

Obito's eyes widened as he realized what he said

It wasn't as useless as everyone originally thought, his birth indeed brought happiness out of Minato and Kushina they wished to love him with everything they got, However, as wonderful as the joining of hearts—thus, no words needed—sounded, if babies didn't speak, it was a sadly disconcerting fact.

Both Minato and Kushina wanted their son first word to a term of endearment that addressed them respectively, either Kaa-chan or Tou-chan. It was tough to choose from.

Granted that he had an incredible amount of Spiritual energy thus making him conscious of everything, It wouldn't even be far-fetched to say he was a genius because of all that spiritual energy inside of him

He was 9 months old when he said his first word...

His first word was compromised. He looked at Minato and said, "Okaa-san."

Because of his conscious, he truly could understand his parent's feelings and the desire of being their son first word

But sadly they thought their precious little baby was gender-confused.

What followed was an amusing conversation about the differences between female and male. No, it wasn't anywhere close to what The Talk would be like. They merely pointed out what a 9-month-old expect females to have and males to lack.

Mirei liked them, he always smiled at them

Secrecy was highly prioritized due to him being the vulnerable son of two of Konoha's most powerful shinobi. Lots of people would want the child to strike back at Minato and Kushina or simply to gain leverage over his parents. So they were overprotective of him

Only a few knew of his existence

Mirei was 1 year 6 months old when he starts getting his walking training through Kushina since Minato was almost never home, even though he always come back running so that he could meet his child and wife