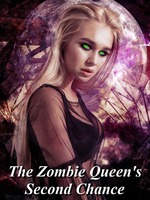 It’s the beginning of the Apocalypse, and zombies are running rampant over the Earth. Being transmigrated into a body of an abandoned girl, disowned by her own family, Chu Lixue finds herself in a tight situation.

If that wasn't enough, why does it feel like there's something wrong with her body?

Follow her journey, as she tries to carve out her own space in this Apocalyptic world, taking back what used to belong to her and getting revenge on all, that had previously harmed her.


Is it a dark, mature story? Well, not really.
But it's about a Zombie Queen, right? Yeah, that seems to be true...
So, it's one of these typical Apocalypse novels? I don't think so, no?
What is it about, then?

Well, it's a pretty down-to-earth story, about a Zombie Queen that is not really a big fan of fighting.
Oh, but she very much enjoys lazing around and eating food delicacies!

Honestly, it's a very simple story about a young girl, that somehow found herself in a body of a Zombie.
She couldn't care less what she was, as long as she could earn more money, oh and food. Definitively food.
Alright, let's make it money, food and power. She'll take it!