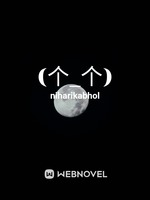 “First he will watch you, as you unleash the hell on him and then silently he will stare into your eyes, just to see that fear, rising in increments.”

This was what people told about - Lord Morpheus.

A man, who was the epitome of valor and strength. The master of the gladiators, whose one deathly stare was enough to make people chose death over an option of fighting against him. But that fierce warrior sang the bard of righteousness and believed that the sole purpose of power was to yield it only for the benefit of people, for protecting the weaker ones, only when it was needed.

But in the eyes of some people, he was not a man of justice, but a stone blocking their path to attain the helms of the kingdom.

So they decide to mess with him.
They try to destroy the only thing that was dear to him. They harm the people of his clan so that he would surrender.

But will he?
With seconds away from the shards of death, will the flagbearer of justice, be able to realize that he was no mortal man? Instead, he was the fallen ruler of the realm of shadows, the pastiche of God.

So join Morpheus as he sets on the journey of revenge, as he transforms from being a mere gladiator to the harbinger of ineffable mayhem.

Gulping and gasping at the same time, that country girl looked at Lord Morpheus helplessly, but with his hands and legs tied up, there was little that he could do to save her.

Looking into the eyes of Morpheus, the witch gave out a devilish grin and struck that girl with a bolt of lightning. But little did she know, that she had committed the biggest mistake of her life.

JOIN ME ON DISCORD - https://discord.gg/NKgZcAY