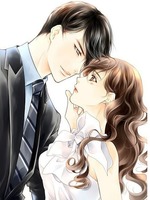 Chance for the Second Male Lead To You

Hao Le Wei (Noah) was a reading a book, romantic comedy with a touch of tragedy, like any college student, but he was hiding in the closet, since he felt embrassed people finding a boy reading a romance book which was meant for girls.

Tsk, such a stereotypical world.


Feeling remorseful, he dozed off, as he opened his eyes, he become the second male.

Ugh all characters, the weak second male lead, why was god so cruel to him.

He wanted the girl, and he will change his destiny from a useless second male lead.

Follow his journey on getting the girl and maybe more.