/ Historical Romance / The Revenge Of The Abandoned 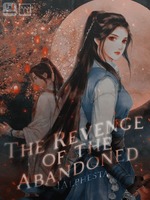 The Revenge Of The Abandoned TROTA

She, was the daughter of the 3rd Prime Minister whose name was bathed in glory and fame.


With this type of status, one could roam around proudly and confidently.

But what a joke!


This girl was mistreated, tortured, slandered, used and thrown away like nobody's business!

Upon returning to home, she had to face ruthless torture and relentless pain inflicted by her family members behind their mask of kindness...


Her marriage was a total hoax, forcing her to marry a waste of a prince who had no chance of becoming king.

But her, the naive her was completely loyal to these snake-hearted people, doing whatever necessary, working like an ox to help her husband ascend to the throne.

The scum that was her husband after becoming the Emperor, made her sister the Empress and threw her into the cold palace as a lowly concubine, eventually even executing her!

Who knew, she would be reborn...

Now she swore vengeance on these people!

Swore to use any means to fulfill her blood vendetta!

Swore to make their life a living hell!

Only then would she be satisfied...