/ Fantasy / The Chosen One | Book One 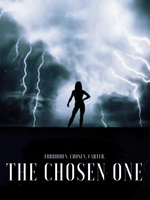 The Chosen One | Book One

200 years ago, Mutants ruled the Earth except they were known as heroes to humans. Slowly, they began to disappear one by one until they were all considered extinct (or, so they thought), There wasn't another open mutant until Carter. Carter not only becomes a mutant, but she ends up with the powers of three strong mutants which gives her the ability to control the weather, telekinesis, and superhuman strength. Along the way, Carter meets three other mutants who had been hiding their abilities for years. She discovers that mutants weren't extinct after all. Becoming a team known as Heroic IV (4), they form an alliance and work together by fighting crimes in the city until they are taken into custody at the Martial Program - a school located in Zims, New York for mutants and other kinds to live their lives together and learn to control their powers. As Carter adjusts to her new life as a mutant, secrets about her true identity comes to light. She realizes that there is something about her that makes her a phenomenon in the small city, and she soon discovers that her Mother's death became an iconic moment in Zims history, and discovers her title as The Forbidden Child.


But, skeletons come out of the closet and secrets cannot be hidden forever. With the news spreading that Carter had returned to Zims, the man who murdered her Mother is coming back to finish where he left off. The Heroic IV (4) becomes the Heroic VII (7) for protection which forces Carter to not only fight for her life but for those she loves, yet she must first figure out who she truly is before she can solve anything else.


Carter is no longer The Forbidden Child.


She is The Chosen One.