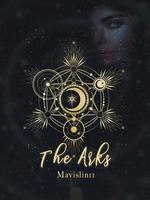 In this universe, those who can manipulate certain Elements were called 'Mages'. From Water to Fire, and even Time itself, these Mages were bred in all corners of the Universe.

Each planet created are known for their distinct Elements.

A certain war came about and destroyed all in its wake. The Great Noble War, a war that took down a multitude of stars. For unknown reasons, the sole excuse for that terrible war was gone along with the great planet of Valokia.

But, from the remnants of galaxies that were affected, one particular galaxy called the Milky Way birthed something called the Solar System. This System was the collection of eight planets and their moons.

They orbit around a star called the Sun, together with smaller bodies in the form of asteroids, meteoroids, and comets. A particular planet stood out from the rest as a haven to all; Earth.

Humanity was not very welcoming to these foreign beings, so the first few Mages developed a system as well as an organization, called the Congregation. All in hopes to protect these groups of gifted Mages.

Credits to valeriex for making the cover!