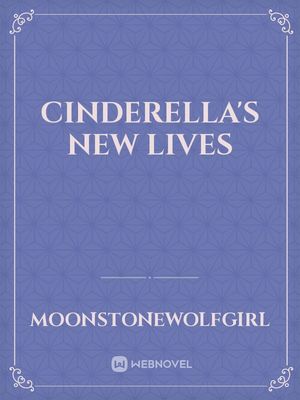 Two years after Ella married the prince, she had long realized that he wasn't the saint-like man that he was presented as to the public. On their wedding night, he left her alone in their chambers whilst he pleasured other women. She of course knew this, but decided to stay with him anyway, after all, it wasn't like she had to see him much was it? All she had to do was pretend to be a loving wife when they were in public together. At home she could completely ignore him and do her own thing. If she couldn't have a love relationship with him, then she wouldn't deny herself the luxuries that came with her position. But now she regretted every moment she spent in that dreaded castle, as her life slowly bled out of her on the cold, hard stone floor.

Ella didn't really understand why this was happening to her, but she valued happiness over anything, even her life. She knew she would never be happy being in a harem, so she decided to ask him for a divorce. Who would have known that it would hurt his pride so much that he would throw her into the dungeons and torture her to death. You know, maybe it's true that the one of the worst places a man will hurt are either his dick or his ego.

"I'm never going to be a harem woman. Kill me. I don't care. I'm not giving up my happiness. After all, there is no point in a life without happiness. I will die with a smile on my face no matter what."

"No! I'll change! I won't keep a harem anymore! I'll do anything! Just be mine, please!"

"And how do I know that you're telling the truth? I don't do I? And if you truly want to start over, tell me where you were on our wedding night. Wait, no point asking is there? You won't tell me. No matter, I already know exactly what happened. I will never, NEVER stay with you."

At this point, he went truly mad. He stabbed her again and again, wanting her to feel the pain that he felt, but she had grown numb to pain, after years of abuse from her step family after her father died. Due to this, she could do as she said she would, and smile as her life ended, thinking, 'finally, I'm free from the suffering of this world.'

I just kinda got a thought for this a while back, but I never really had a reason to write this, but I was bored, so yeah!???