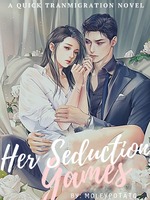 This is not your ordinary quick transmigration novel.

Ingrid was stabbed in the heart by the hands of her fiance's lover. She was indignant to die without putting on a fight, but what else can she do when she already took her last breath?

Miraculously, she woke up in an unfamiliar room, still breathing. A guide in the form of a ball introduced itself. From it, she got her answers as to why she's still alive.

A system granted her a life, in exchange, she needs to complete the missions given by it--in which she deemed to be extremely difficult; that she should, break the destined couple of a world, the main characters.

Sounds easy for an ordinary transmigration world. But that's not the case on Ingrid, as she always transmigrated by the time that the mc's already formed a bond that she can't easily severe.

All of this hard work won't be in vain, as the system gave it's oath that by the time she completed enough mission, it will grant her a wish.

A wish that rekindled her vengeful broken heart. Yet as time passed, Ingrid didn't know that the fire was slowly being burned out, by that mysterious, obsidian eyes.


Note:
In every world, there was no plot given, adding another level of difficulty on an already difficult mission.

Another, don't get fooled by how serious the synopsis is, this novel is actually pretty funny, they say.

Lastly, this is my third synopsis qaqa