/ others / When an Immortal Emperor enters a Cultivation Chat Group 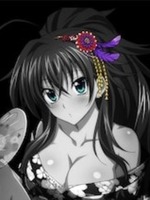 When an Immortal Emperor enters a Cultivation Chat Group IECCG

***Disclaimer***: I do not own CCG, ED, SAM or any of the characters except my Original!
Image cover is Yan Chenyu from DMWG.

***Synopsis***:
The first Immortal Emperor of the Human Race, Jiao Heng, died during the Ultimate Expedition against Old Villainous Heavens. Instead of fading away, however, he reincarnated into Song Shuhang. Follow this billion-year-old immortal in this new foreign world.

“Mother, what is this metal plate? Why are there humans wrestling on a bed in them?”
“Father, what do birds and bees have to do with one another? And why do you make so much noise at night with mom? And why do you have rope marks on your limbs?”
“Uncle, why are you offering me candy? Why do I have to follow you to that alley?”
“Aunty, where are you touching me? And why are you breathing so hard?”

Follow Jiao Heng as he struggles in the new world.

***Warning***:
If you are here looking for the same comedy like the one in the original CCG, you’d be disappointed. Also, the MC will not follow the cultivation path of CCG, but rather the one from ED. Romance will be sub-plot and the MC will not actively seek out for dao companions.