/ Fantasy / The Undead World With Swords And Magic 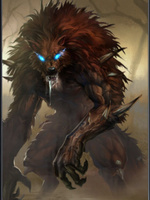 The Undead World With Swords And Magic Fantasy&Undead

Humanity suffered from a plague that nearly brought it to its extinction. The undead rise after their deaths to feed on the living. They are ravaging at the corpse of the person or animals they killed by ripping off the flesh of their victims. The soldiers defended their kingdoms with their lives against the attacks. Others have fallen but not all suffered. This is the story Stephen's mother always tell during bedtime before he fell asleep, about the horror of the past that his grandfathers never forget. In this world of swords and magic, the protagonist named Stephen strives hard to be stronger every day. With his basic holy skill [minor heal], his fatigue and torn muscles regenerated after his rigorous training. He strives day by day after becoming a Glory academy student then meeting friends. The people, mages, knights, assassins, rangers, druids, necromancers, ronins, and fighters take refuge in the Almaria kingdom and are living peacefully for a hundred years. Now the peacetime is nearing its end because there are undead sightings at the borders of the kingdom. As the knights are assigned to patrol at the borders of the kingdom, they are victorious in capturing the Navasca Fort. How long can the kingdom last? can they survive till the end? Can they reclaim the lands? Can they hold out? The answer will unfold itself