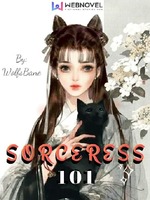 What will you do if you suddenly wake up as another person after you die???

What will you also do if you realized that your pet, cat, started talking to you???
****

This is the story of Mu Lingxi, a hopeless romantic teenage girl from the 21st century who transmigrated to another world after falling to her death. Together with her little black cat Janus, she began to traverse an unfamiliar world where warlocks and sorceress exist.

Due to a few unexpected turns of events, she ended up being engaged with a prince.
But she strongly believes in Queen Elsa's words before from the movie FROZEN,
"You cannot marry a man you just met once!"
and this was why she highly objected to the marriage arrangement.
She even chose to cross dress just to hide her identity!

On her journey to learn the way of magic, she got herself entangled with five young handsome men. Together they will venture the world of magic, love, and friendship.

"Living in a place different from where I came from, how will I survive???

How could a hopeless romantic girl like me cope up with a life surrounded by five beautiful young men???

Will I be able to hide my true identity until the end??"

"MEOW~"
[Oh c'mon, little lass. Why are you asking yourself that??? You sound so rhetoric....
It's not for you to say, but for them to find out by themselves]
*Janus winked to the readers out there*