/ Historical Romance / We Will Meet Again 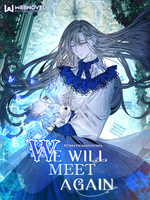 We Will Meet Again

'It...it wasn't me,' she wanted to say. But the words would not leave her lips. The colour of blood covered her hands, proving the other persons point. It wasn't her, but why?

Framed for her Mothers murder when she was ten year's old. Kaname Setsura spends the following eight years gathering information on the case.

Against her families wishes, she accepts her scholarship to a famous art University, ST Rinkan. In that place, there is a 'clue' to the events from what happened eight years ago. However right as she is about to marry the man she loves, on the day of their graduation, an accident occurs, leading to her fiance to fall into a coma. Distraught, lost and uncertain Setsura shuts herself away from the world, and her half brother uses this chance to send her away abroad.

Setsura accepts, but on that day, a grand scale earthquake occurs, right as she is about to board the plane and she wakes up in the middle of the roadside and finds herself in the year 1895. With the help of a man named 'Akito,' she settles into the Meiji era and discovers that the three major "accidents" in her life that occurred, one in 2011 and the two in Tokyo 2019, are connected to a series of cases in 1895 "Mysterious cases of the shard"