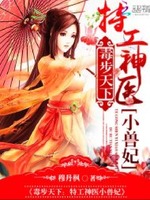 A Young Beastly Wife is the Secret Service's Mysterious Docter

She, who at first glance, is a young and cute girl with a sweet and innocent appearance, but contrary to her appearance, she's a top-class spy, a poison specialist, and the secret service's trump card. One day due to an incomplete black magic, she was sent into the body of a girl who was deemed as a good-for-nothing. What is to be her fate in this continent?

A certain regretful prince said with hatred, "I thought she was weak and easily bullied, therefore I broke off the engagement. I really didn't expect she is such a shrewd girl. I made an error of judgement."

A certain crown prince wishfully signs, "She is such a sexy evildoer! Obviously, she had a frail and tender body, but I am not able to overwhelm her..."

Finally, a certain Emperor hit the bullseye, "She is just a bit two-faced!"

She answered, "You're just a big pervert!"

DISCLAIMER!
This is not my story! First few hundred chapters can be found on www.volarenovels.com. The only difference is that some of my chapters are edited in hopes that it makes more sense.

I am only translating this because I was just like you guys, who was looking to read a novel and came upon this. Only after reading, to find out that it was not completely translated yet, and nu one would continue translating new chapters. Since, I knew Chinese, I though why not translate this myself!
Someone else had also translated this book on Webnovel but had never finished it, so due to that my title is a bit off the original, "Poisoning the World: The Secret Service Mysterious Doctor is a Young Beastly Wife".