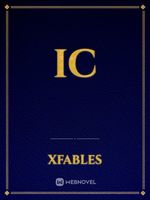 Mafia Kingdom AKA Rise of a Teenage Drug Baron MK

Be persistent, bear the punches, never back down, never falter; this was the life motto of Hagan Brockman, a misfit in Asia, born to European parents.

Hagan is a persistent idiot who never backs down on his principles. However, his perspective on life gets shattered when he finds his father murdered by the underworld mafia.

The cold blood-soaked body of his kind and nagging father broke something in the soul of Hagan. When Hagan is trying to come to terms with the loss of his father, he gets to know that the death of his father is only the beginning, someone is targeting the Brockman family.

The lives of his mother, sister and himself are under jeopardy. The bitter reality makes Hagen give up on his insistence in fitting in. He is now insistent on making his own mark in the world.

Murder is an act of killing, but you will know who has been murdered unless you see the lifeless dead body. When the prey turns predator, the hunter is hunted.

On the mission to create his dark and brutal kingdom, life and death are mundane instances in a day.

Let us bear witness to the rise of a king who earns his place in the blood-soaked underbelly of the society.