In Library Add to Library
sign in
50% Shattered Throne / Chapter 1: Help Me Melchior You're My Only Hope 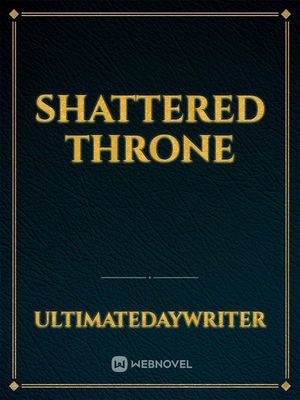 Chapter 1: Help Me Melchior You're My Only Hope

The great lord Eddard Stark sat across from a mystery. Before him was the spitting image of his friend Robert Baratheon. Only much younger, taller, and busily shuffling through various records on his desk. He looked like a lord should be. It was unfortunate, that he was a bastard.

"Uncle Ned its been forever. How have you been?" Ned frowned at the break in protocol. Jory his guard captain seemed ready to interfere.

"Now see here, you will give my lord the respect he deserves." Ned raised a hand to stop him.

"Jory its alright, I'm the one who asked Melchior to call me Uncle Ned." From the corner of Ned's eye, he saw a guard slowly move his hand from his weapon's hilt. The man servants moved quickly placing dishes of nuts, fruit and dried meat in front of them. Ned noticed there was no offering of bread and salt.

"Please help yourselves and ask me what you will Uncle." Ned looked around. The room was bare of banners or paintings. Instead it was covered in blueprints from various facilities that covered kings landing. Each a marvel that enhanced the lives of the people. Eddard wasn't certain that was true.

"I wouldn't trust my nephew or any of his small folk. They hide their women behind burkas and live in buildings that touch the clouds. They act as if they're above their station. They believe my nephew has uplifted them for their own good. No, he exists to serve only himself. Whatever cause he's championed is an illusion." Renly had said that Melchior is after something. Did he seek the crown?

Ned picked up a peach and took a bite. Though covered in water, it was one of the sweetest peaches he had tasted. Melchior took up an apple and consumed it in three bites. "You need to relax uncle Ned. Too much stress can kill a man as surely as the headsman. Might I recommend and aspirin. Its free for you uncle." A manservant wearing a black coat, white undershirt, and tie approached with a glass bottle of the miracle pill. One of the many miracles the Stag and Crown sect produced.

Melchior himself wore a white robe tied with a simple black sash. His head was shaved bald and his bead was grown out as thick as Robert's. He really was his friend reborn. If only he were true born. There was little he could do with if and buts.

"I'm here to ask for manpower. Besides the gold cloaks you have the most men in the city." Eddard said. Melchior smiled and wiped his mouth on a tablecloth. His papers lay to the side in a yellow folder.

"No." Melchior said. Jory rose up hand on his weapon.

"Do you take us for fools?" Jory spat and rose from his seat. Eddard cursed under his breath. "You have more than enough manpower to take the keep five times over. You've already corrupted most of the city. What is the last third to you?" A smile covered Melchior's face. He started laughing but the mirth never reached his eyes. Ned noticed something an inhuman amusement.

"None of that matters. I don't want the keep or the seven kingdoms." Melchior said. Then he rose and Ned felt how small they all were.

Towering above everyone in the room Melchior stood just at 8ft tall. He was muscled like a man from the age of heroes. His every step was fluid and never made a sound. He stood over Ned and offered a hand.

"Uncle Ned perhaps the time of kings is at an end. They never end well and always sow karma that returns war. Let us sow a karma that returns peace. If you agree then you will have my full support." Melchior said. In his eyes Ned saw the mask fall and a sense of hope appeared. He wanted Ned to agree but Stannis was next in line. Duty crushed his emotions before they could give dishonorable return.

"I know, I knew before you left the tower of the hand. Take care uncle Ned. I hope you and your children make it out before it is too late.

Ned left leaving Melchior feeling cathartic. His father's friend would die. War over the throne would come to Westeros and many would die. A manservant carried in a tray containing red charcoal. It was his own special alchemic creation. A pill made from human blood, and weirwood charcoal. He tossed it in his pipe and lit it with a burst of dragon fire from his thumb. He quenched the flame with a thought and took a deep drag from his pipe.

His dry spirit pathways took in the meager spirit energy from the pipe awakening his cultivation base. For a moment, he felt powerful and like his old self. Too soon the pill was used up and he was left bereft of spirit energy.

Melchior needed hundreds of millions for his ritual to be successful. He hadn't had a cultivation base breakthrough since he arrived in this world. Its low development ensured a small population. If he wanted to breakthrough, he needed to increase the population. Every death was costly in his eyes. How would he become a true immortal with a population that fought so bitterly over a chair?

It was his fault. He had no intention of ruling this populace. Melchior couldn't help but feel distain for all of them. The royalty to the peasantry were equal in his eyes. It seemed he would have to fix the society if he wanted some peace.