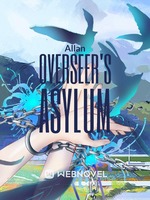 The person who is telling her story in a maze is Alexa, who is inspired by her dreams and aspirations but someone or something gets her and her friends into a ditch where they are being played like rag dolls and the Overseer calls it a school with students as them and teachers as The Haveks, The Dents, The Grovelors and The Bits to end them.

They are trapped in a Torture Asylum that is messed up like a maze and trys to find her way out of it with her brother and her friends by her side and also strangers, who would help them to move past most of the difficulties as they might see some tragedy by the way as the Overseer likes to have fun with them to end them forever !

There are 66 floors in the building and just one elevator. This might not be the end even if they get out of there...