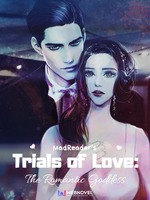 From heaven... to hell, in the blink of an eye!

Every relationship has its own perks, trials, hardships, and twists! However, what if a Goddess interferes and makes two people who were never even supposed to meet cross paths together?

And what if, she puts those trials, obstacles, hardships, and twists in their path herself? Will it ruin their love eventually? Or will it make them fall even harder? Or will it lead to their eventual death and eternal separation?

With the ultimate dream of one day becoming the top superstar... I wanted to be the best at my current job and become a very famous model before proceeding beyond that toward my true dream...! However, both my job and my dreams... betrayed me!

Left with no job, no dreams, no hopes, no family, no love... what should I do?

"Nooooo, Kaaaaaay!!!" She screamed while charging at the falling corpse just two meters ahead of her.

Unable to save him, after crying true tears of blood, unwilling to live in a world where he doesn't exist in, she stabbed herself in the heart as she died in his embrace in happiness!

Poor girl, if only I, the Goddess, hadn't put you two on each other's path, none of these would've happened! Sigh, let me make it up to you. Let me take you to... another parallel world where your true love... still exists!


Soon, in another world, lightning struck as two souls came to inhabit a single body!

Two bodies, three souls, never meant to cross paths! But now, with the help of the Goddess herself and the merciless trials she sends their way...

Overseen by the Goddess herself…

A Trial that might eventually come to involve... the Goddess herself!
✺✺✺
The flow of the story of first volume begins from 'CHAPTER 7'.
✺✺✺
Second Volume: ???
✺✺✺
●Reminder #1● This is a work of fiction created purely by the imagination of the author for the sole purpose of entertainment.

●Reminder #2● Every Volume will be about entirely different 'Love Subjects'! (So a volume might be rather long, it's up to the plot.)

●Reminder #3● The writing style of this story (PoV) is something rather novel. (It's told from the eyes of a Goddess within the tale as she follows the characters at the present time inside the story.)