/ Fantasy / To be a Dezzaran (On Wattpad) 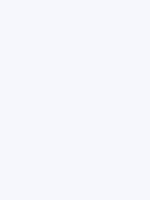 To be a Dezzaran (On Wattpad)

*Cover page may differ from wattpad's*


"That's where you're going wrong Amenity. All these muscles that you say rocks", he said flaunting his well - worked body now that his shirt lay before Alana's feet.
"do you think it's we who derive more pleasure than woman? Except this little thing down here", he chuckled . Satisfaction rose in him how her bold composure disappeared like a puff of smoke.

Yeah she was definitely dying of embarrassment, but it won't be long when she'd die again and again, only to be revived by him, he smirked at the dark thought.

"Why not?", she said defiantly trying not to stutter, "despite this isn't it you guys who are craving for 'The Moment' ", she crossed her arms across her chest but his shirtless torso wasn't helping much.

"Consummation", he corrected before walking ahead to be one step away from where she stood. She gulped. The word alone wreaking havoc on her nerves.

"Prove your point then. Who derives more", he challenged stepping closer.

"W- What point? I'm not proving anything", although she wanted to run out of the room but stood her ground, internally cursing herself.

"Then it leaves only me to prove this theorem Amenity"


Changing towns that too at mid-semester of her beloved high school was the worst thing Alana could've expected. A world where humans and vampires coexisted, who were constantly marching towards peace, unless she meets the important people.

Or so she thinks?