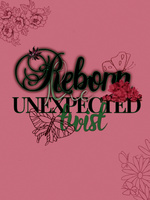 Betrayed by her boyfriend and best friend, Lee Jinhee found herself being heartbroken, and due to her impulse, she got into an accident, leading to her death.

But fortunately for her, she was provided with a second chance!

Lee Jinhee found herself being satisfied with it!

However, what the hell had happened in this life of hers? Why was her best friend and boyfriend acting so strange?

Why was her best friend, Han Taehee, acting so clingy?

Why was her boyfriend, Kim Jaehyun, the one chasing after her this time around?

Why was they paying this much attention to her this time around?


However, despite the weird changes, Oh Jinhee was determined to make those who had wronged her in her previous life pay!