/ Romance / Something about her (Completed) 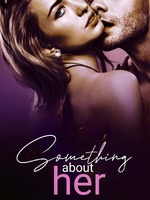 Something about her (Completed)

“How could he make her feel so beautiful all over doing nothing but to stare at her with so much desire?”

So, he helped her.

He helped her not because she looks exactly like his beloved ex-wife but because there’s something about her that reminds her of the sweet, loving, old Pauline he once knew. The way she smile, talk, laugh, and cry. All of those reminds him of his beloved Pauline. Kaya naging mahirap para sa kaniya na paalisin si Rin sa buhay niya.

But no… not only Rin’s traits that reminds him of the old Pauline but also the way she fucks him. Hard, fast, and vigorously hot. And Pauline's dominance seemed to be the cherry on top of her personality cup.

Contains mature scenes and graphic terms. Please read at your own risk. You've been warned.