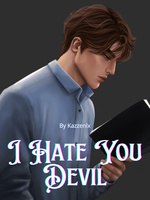 Yu Chen, the man dubbed as 'the devil' of the business world and rumored to be heartless and ruthless was the type of man in every girl's dream. He was gorgeous as hell, ultra rich and powerful, but he was rumored to be bent because of his obvious dislike to women. He can't even gaze at any woman passed five seconds.