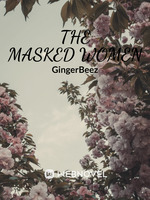 Candice Fairchild has been in love with her best friend's brother ever since they were little. They played together, talked together, and even lived together after her parents died in a car accident. She has never told him due to a few important facts: He has never said anything, their mother hates her, and most important he is now the King of their nation. With a shy, innocent personality, Candice never thought she could help out as a Queen should, even though everyone tried to tell her otherwise.

Soon, Jason McCollen will be married to one of his mother's friends daughter, who has been having an affair. Everyone, including Candice has tried to tell Jason that Olyvia isn't faithful, and lies constantly. He chalks it up as jealousy or hatred towards Olyvia, until one life changing event.

With the wedding date coming around the corner, the palace hosts a mask party to introduce Olyvia as Jason's fionse. Candice has never appeared at such event, however she went to support her best friend, but ends up in Jason's arms.... Unnoticed. Shy little Candice forms a plan to make Jason see that Olyvia shouldn't be by his side.

Will Jason see that Olyvia isn't who she claims to be? Will he stop letting her tell him what to do? Will Candice break her own heart while trying to save the man she truly loves?