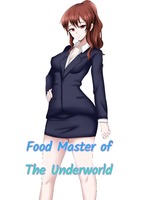 Food Master of the Underworld FMU

Wang Ming and his father lost everything when his father got cheated by his wife Wang Ming's stepmom.

Follow him going from owning a food stand to step after step, opening up a restaurant chain and entertainment empire. In the process, he realizes that to stay on top, you need to be the top dog and is forced to unite the underworld at the same time.

Along the way, he also picks gets a harem of his own, a beautiful family and the best friends he could ever have.

Author Note: Hey guys this is the first novel I have written and I hope you guys will enjoy it. It will most likely contain some R-18 scenes though probably, not in the first arc (Unless the majority of you guys don't want R-18 scenes). I will probably put all kinds of R-18 scenes in a side chapter so it will not disrupt the reading for people that don't like it.