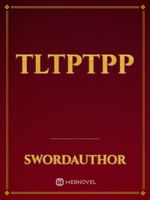 Story about ancient King who reincarnated in modern world with system, who supports him to complete task. With immense knowledge from the previous life. (((( the Solar dynasty is an ancient and one of the oldest dynasty of world . From previous past
With ancient knowledge))))))
. Watch as Param suryatran solve problems for the everyday life,
Starting his own solar clan ( with his wives,
In a car accident, param teen boy lose his life and past soul attach to the body, new body owner name is same from the past as param Suryatran is it coincidence.)
Start the journey to make , india, China, nepal, and many OTHER countries as union country,
THE world strongest union COUNTRY.
But after some time, the situation was out of control......
The world science institute gather all scientists
Do the expirment on warm hole, they successfully create worm hole but something unexpected happened
The structure of atom in warmhole become unstable.
INSTABLE STRUCTURE LEAD TO Destructible WORM HOLE
Which was in Antarctica,
The whole place, all thing is sucked into
Worm hole, thousand of life become dust and goes in void,
And then unexpected thing happened the worm hole move to Sky, the barrier put by supreme God recognized by wormhole and all power of barrier suck in to void, the
Barrier was shattered.