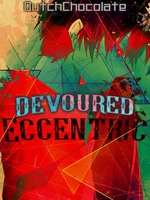 In the Year 2269, a boy cursed to live without emotions was born.

This boy was 'Special', for his intellect was unmatched by even the combination of HISTORY's Greatest minds... The only drive left in him was Curiosity.

Only after 300 YEARS of research did he finally quench his thirst.

He had reached his goal...

He had gained emotions.

Suddenly, a notification from his AI chimed in.

| The last given task has been completed, would the user like to review the 4th dimension? |

He woke up, without a memory after that point... He looked around and then he realized...

With the greatest AI on command and 300 years of knowledge, survival should be a piece of cake, right?

AN: the fantasy and 'another world' aspect comes a bit later because I want to build the MC's character.

Also, I will keep this as realistic as possible and probably not omit any of the sexual stuff (thus, explaining the R-18 tag).

This is my first time writing anything in this format so forgive me if you don't like the start, I assure you it will get better.

Note: the story is slightly on the slower side and the chapter size stabilise at 1k words after 15 chapters
The cover art is also made by me.