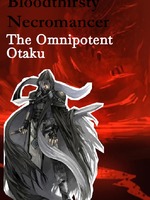 Alex, a teenager was thrust away from society by his own family and friends at the tender age of 12. Since then, he has been living alone on a small, secluded yet serene cave inside a mountain, towering over his town.
In this world, every human is by birth, connected to a certain element. If they are able to harness the power of said element efficiently, they gain power, and lead the world. When Alex turned 12, he, like all the other children awakened his element, but unlike them, he had awakened the element of Darkness. Darkness was considered to be unholy, and a sign of evil, thus, the Church of Light kicked him out of the town, never to be seen again.
Thus, began this youngster's journey; his crusade, against all those who betrayed him, especially the Church of Light. "I won't sit back until I get revenge!"- was the motivation that pushed Alex forward, towards the path of eliminating the unjust Church of Light!