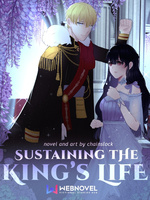 "I am Alexander Octavius Ein Feuerkrieger IX." says a man with sapphire-blue eyes shining against the moonlight, voice as calm as the stream. "My body is a vessel of the eight kings who are all the incarnation of the first. I possess their prowess as well as the Opus' magic. Return to the Court and atone for your sins."

The sword of Feuersturm glinted as the king pointed it at a man with eyes akin to ruby, hair as dark as night; a Warlock, the forsaken mage of old.

"The prophecy is happening. You are indeed alive," The man says to the king, flashing a sinister smile. "Is it SHE who sustained your life?"

Faustina Heilen knew she belonged to a race desired by slave traders; with memories comprising only that of a sickly woman named Eula rescuing her from the slave market and raised her on a forest, located on a secluded mountain in a country called Feuersturm, a nation belonging to the first continent, Zuerst.

Plagued with an unknown disease for several years, Eula died despite of Faustina's efforts to cure her, leaving behind an odd request.

"Sustain the king's life. This is your duty. Do not adhere the prophecy."

To which the odd phrase followed by a bizarre series of events. The warlock's intrusion to their home, with a peculiar desire to resurrect Eula from the dead...

and the king himself, asking for her aid.

It all led to one thing:

The prophecy. Sustaining the king's life.