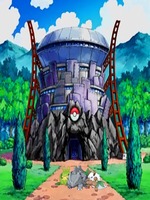 Pokemon: Journey to the Top JttT

Isaac has always loved pokemon, he has gone to and graduated from Trainer's School, worked with his mother to help raise and train her pokemon, and spent an inordinate amount of time watching documentaries on battling, breeding, research, and more. Finally old enough to start his journey he gets rejected by Professor Birch. This is the story of a trainer that is denied the chance to start with what are commonly known as starter pokemon, read as he starts with a common pokemon and grows to be the best. Unfortunately, for those he surpasses, Isaac has never cared about being the best. The gym badges aren't a goal, they are a test to make sure he is training his pokemon well enough. The elite four isn't a test of his pokemon, but himself to make sure he is doing the best he can for his pokemon. Becoming champion? Why should he care about that, it just means he has properly raised his pokemon and learned what he could on his journey.