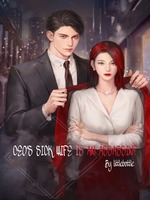 Just when the CEO of Ven Corps needed a fake wife for a secret mission, Katie Su crashed in front of his car miraculously.

Her bloody face and injured body stirred something within him he couldn't point it. He felt.. nostalgia.
So, to get rid of this discomfort, he married her while she was unconscious! Against her will!

"You little pervert! How dare you marry me without my consent?"
Despite losing her memories, she didn't lose her temper. When will her memories return? Or did she lose them in the first place?

He was the king of underworld, the famous and ruthless Vincent Han. The man who became twisted to avenge his parents who was murdered by a secret power. Since then he has been looking for that man.

She was the figure hidden in shadows. The one who disappeared quicker than the drop of of blood falling from her target's wound, earning her the name, "Scarlet Katana".
No one knew who she was, but only her blood red hair and the name that stirred fear among people.

"I don't want to be your woman! I'll definitely not be yours. Dream on Vincent Han, you can never hold me down."
"I'll be your man then. The most I can do is polish the stairs you climb and bury the bodies you leave behind while climbing. Slaughter anyone who gets in your way. You can push me away, but I'll always step closer and be right behind you, protecting you."

This was the first time Vincent spoke this much and this created a storm in Katie's heart. Protect me? How many years has it been since she last heard that?