In Library Add to Library
sign in
100% DOCTOR / DOCTOR 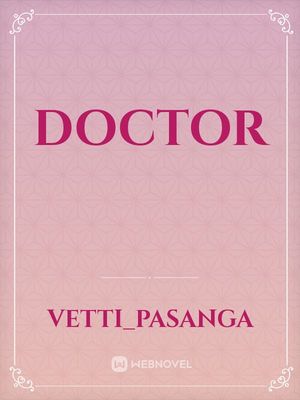 An ambulance driver, a broker, a hospital human resources worker, and a surgeon are abducted under mysterious circumstances at dawn. The abductions are traced to Dr. Maaran, a world-famous doctor from Chennaiknown for providing ₹5 treatment to patients of all sections of society. Maaran is arrested and interrogated by Ratnavel "Randy", a police officer who is assigned the abduction case. Maaran explains his motive for the abductions; the four were responsible for the death of an auto driver's school-going daughter and his wife due to their greed for money in the name of providing proper healthcare. He adds that he had also killed all of them while they were in his captivity.

At this juncture, Maaran reveals that he is not Maaran but is his doppelgänger Vetri, a magician who was responsible for the death of Dr. Arjun Zachariah, a corrupt doctor who was killed during a stage performance in Paris two years earlier. Vetri further adds that he had saved Maaran from getting killed by the henchmen of Dr. Daniel Arockiyaraj, another corrupt doctor who had been associated with Arjun and sees Maaran's inexpensive healthcare as a threat to his flourishing hospital business, and had kept him safely in his hideout while taking his place and willingly getting himself arrested. Maaran is rescued, while Vetri, with the help of his magic tricks, manages to escape from Randy.

Later, Maaran confronts Vetri and fights him, believing him to be the cause of all his problems with the law as well as with Daniel, who had threatened Maaran to reveal the location of Vetri while keeping his mother Sarala and fiancée Tara hostage. Vadivu, Maaran's compounder and also Vetri's assistant, intervenes in their fight and explains to Maaran why Vetri is targeting doctors indulging in corrupt medical practices in general and Daniel and Arjun in particular.

Maaran was the elder son of Vetrimaaran, a village wrestler who had established a hospital with the help of Daniel and Arjun in his village Manoor in Madurai district 30 years earlier as there was no hospital in his village because of which all the villagers had to go to Madurai to seek treatment. Daniel and Arjun were also made as the chief doctors of the hospital.

However, it soon turns out that Daniel and Arjun were money-minded crooks and performed a Caesarean section on Vetrimaaran's wife Aishwarya "Ice" when she was in labour with her second child, with the intention of extracting more money from Vetrimaaran, even though she could deliver the child normally. Ice lost a lot of blood during the operation, and that, along with an overdose of anesthesia, led to her death, while the child was declared stillborn. When Vetrimaaran found out how Ice had died, he went to confront Daniel, but he and Maaran were attacked by Daniel's henchmen. Vetrimaaran was stabbed to death by one of Daniel's henchmen, but just before he died, he placed an unconscious Maaran (who had been struck on the head with a glass bottle by Daniel's henchman) safely on a Chennai-bound lorry. Due to the impact the glass bottle had on his head, Maaran lost his memory and is unable to recollect anything that happened before he was hit on the head.

Meanwhile, Vetrimaaran's second child did not turn out to be stillborn, and this child was none other than Vetri. Vetri was adopted by a famous magician named Salim Ghosh, and it was from him that Vetri learnt all his magic tricks. On hearing Vadivu's story, Maaran reconciles with Vetri and takes his place when police come to arrest Vetri. With Vetri (who is actually Maaran) seemingly in custody, Daniel tries to make a deal with Maaran (who is actually Vetri) to shut down his practice. However, when he finds out the truth, he rushes to Vetri's hideout, bringing with him an unconscious Maaran, who had met with an accident orchestrated by Daniel while he was being taken to court, with the intention of killing both Vetri and Maaran. However, Vetri and Maaran, with the help of their respective professional skills, team up to kill Daniel.

Later, however, Vetri is arrested for his role in the murders of Daniel and Arjun as well as the four people killed earlier in the film and is sentenced to prison for an unspecified period of time. Before going to jail, he gives a press conference justifying his actions and adds that he would continue with the murders until all doctors and hospital staff indulging in corrupt practices are eliminated. In prison, Vetri watches a news report in which a young girl in Odisha had died due to negligent medical treatment. On hearing this, Vetri escapes with the help of his magic tricks, thus continuing his mission. In a mid-credits scene, Maaran is conferred a statewide recognised medical counsellor post, which he accepts....