/ Fantasy / Fate of A Thousand Lives 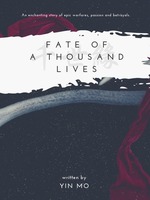 Fate of A Thousand Lives FTL

Being part of the karmic cycle of reincarnation, even deities have their past. At the end of their lives, every one is given a chance to start anew in the next. What happens in this lifetime, shall remain a memory in this lifetime. However, fate like to play its cruel tricks.
​
After a Heavenly Warrior gets heavily injured during an epic battle of two worlds, she seeks solace in the mortal realm after sealing the last of her powers. With no memories of her past life, she meets a man destined to change her life forever...

Decreed to marry while his heart lies with another, the successor to the throne of the Nine Heavenly Cities and heir of the Dragon tribe develops a plan to elope with his love. Can he turn a blind eye to all the lives that will be affected by his decision?..

When the Prince of the Netherworld sets to avenge his wrongfully banished father, he is set on a similar path of his star crossed parents..

Thousands of years ago, three lives were brought together in a web of entanglement, meeting again in the Nine Heavenly Cities with no memories of the pain in their past. Fate of a Thousand Lives is a story of epic warfares filled with fantasy, passion and misguided intentions. Spanning across worlds and lifetimes, will the outcome always be the same - of heartbreak and sacrifice? When will one finish repaying the debts to another in lifetimes spanning thousands of years?