Queen of the Castaway Isle - Horror&Thriller

/ Horror&Thriller / Queen of the Castaway Isle 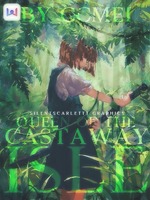 Queen of the Castaway Isle QotCI

Sophie liked to think of herself as a tough sort of woman, a survivor. As an average person, she survived hell on earth and returned to tell the tale. Give or take.

In a tragic freak accident, she and the survivors of two plane crashes were trapped on a strange uninhabited island. It took 8 years for help to locate them.

Of the original 288 missing passengers and crew, only 22 people remained. The world went wild, everyone wanted to know what happened. What went on there?

In a true Lord of the Flies fashion, it was humanity at its worst. It was hell on earth, a miniature apocalypse in the middle of the ocean.

Sure Sophie had survived, but even after years of intensive therapy, she isn't always happy about it. Those who murdered her younger brother were now rich, those who raped and left her baby sister to die in childbirth were famous. The kings of that hell island, monsters wearing human skin, had sold their stories and were now living the good life after. And try as she might move on, hell has followed her home.

Till she wakes up 13 years back in the past that is. Less than 1 day before her scheduled flight to hell.