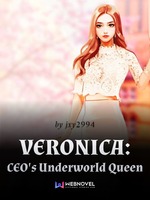 She couldn't peel her eyes off him as he slowly walked towards her. She gasped when he suddenly pulled her by the waist and with much urgency, dip his lips on hers. His sharp and slick tongue invaded the insides of her mouth occupying it like it's his, in the first place. She was in dazed for some seconds and when things registered in her brain, she was already kissing him back, her tongue clumsily defending her own territory but to no avail, the invader landed victorious.

She was just living her normal life surrounded by great friends and a good family.

One night, she went out with her friends to have fun for their last year in college but she end up casually sleeping with the most powerful and influential man in her country.

But despite that, she's not like any other woman from another clichè CEO romance novel and even told theman in front of her 'You're beng clingy, Mr. Sy'.

'I had sex with the most powerful businessman in Country P but so what?!!!'

She thought everything is falling into right places but she woked up one day, her kind politician father was accused of graft and corruption , she was chased to death by assasins, and her family exile in another country. All those clean, hard year in politics, her father lost it all in just a day!!!

And she? She could do nothing because she was comatose while her parents suffered.

Five years later, she returned having a formidable yet dangerous background and with the art of war she mastered, no stones remained unturned with her path to the top and *cough* ... .. . lowkey revenge plot while the man she slept five years ago, had become her exclusive *another cough* ........concubine.

Another problem arises. This exclusive concubine is possessive and overly jealous!! What to do?!

Woman: *Sits on the man's lap running her fingers on his hair while nuzzling on his well toned chest inhaling his masculine scent in the process*

Man: *Danger and warning flag raised* Chose to ignore and spoils the woman even more. 'I want to give you the world but I'm a realistic man so I can only give the whole country for you if that's what can make you happy. You are the state and you own the people, play with those who caused you pain all you want, you have all the rein to reign, my Queen.'

Woman: *smirks evilly* I can even do it on my own but practical lifestyle is life. Time for some face slaps and extract revenge and at the same time, establishing myself as the underworld queen.