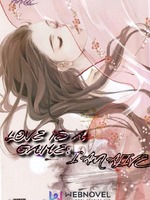 She is so amazing that simple mortal words just can't describe her. The only thing you can muster up to describe her without being disrespectful to the beautiful, stunning, gorgeous girl that she is, is goddess But what is the use of her goddess looks if she lives in the shadows? Her only flaw was that she was so shy and pure to others. Nevertheless, the shadows couldn't hold her back at her 22 years old. She was the mysterious multi-billionaire game company owner, 'ZM Corporation' and the designer of 'I AM ALIVE' the most famous game around the world.

Before everyone could see this astonish woman, Zhang Mei Lien falls in deep coma, she was multiple stabbed by her own father. Her unique sin was be so merciful, her last wish was be like the protagonist 'Jia Kim' of her game 'I AM ALIVE.'

Zhang Mei Lien wish was achieved by the heaven or the hell. After She woke up of her coma, she was no longer the compassionate girl, she was ruthless, cold-blooded, cruel, fierce woman. Perhaps, because who wake up on Mei Lien's body was Jia Kim. The Fiction character of the number one post-apocalyptic video game.

Jia Kim, went from electronically manipulating images produced by a computer program, from be controlled by a player. Now, she is in the real world, she has the control to play her own, her own game of life.

Jia Kim now as Zhang Mei Lien, would discover a life by her own choices and taking revenge for her creator, the real Zhan Mei Lien.
She would start her new journey, no as a survivial in the video game but as a Ceo and President, no as killer machine but as genius goddess.
How amazing she is, she could escape every roadblock on the game but she could not escape that doting and possesive man.