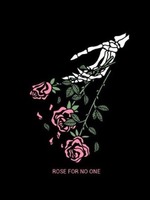 Until Love Set Us Apart ULSUA

The night of the Plane crash changed everything. Fifty people aboard the plane, yet only 15 make it. For some set them apart; Unseen and unheard forever. And others were connected by heartstrings into infinity.

This was the case of two strangers to each other, Zhang Yu Xi, a 22-year-old gold medal Ballerina. And the heartless uniformed man, the well respect General Tang Yuntian. After the crash, they were lost on a little island.

Could both of them survive until they are rescued or both hearts would stop beating before?

The fatal but heavenly union of a delicate angel and a strong devil by the unfortunate crash was just the beginning for the most blessing and cursed love story.

Yes, Yu Xi had almost everything; beauty, wealth, status, fame and love. And 'almost' since she didn't have one thing; Time. Because she was dying.

Both love each other from the deepest part of their soul but why it seems like they weren't meant for each other in this lifetime.

From a fatal end... these two star-crossed lovers take their life. She went first and he desperately followed behind.

The First Dance Together...

The second they started moving, most of his jitters melted in the joint swells of music and pleasure. She felt right in his arms, and he caught in hers, the steps flowing between them like sighs slipping against a silk pillow. His breaths, short and trembling, brushed her hair, and he saw the laughter glitter in her eyes.

“Tell me I didn’t do you a favor tonight,” she whispered in his ear.

Despite himself, he flashed her a rueful smile.

“You wait until I step on all your toes.”

Mesmerized by her, he stood and took her hand, pulling her as close as possible to him. She nuzzled into his chest and wrapped her arms around his neck, just as he wrapped his arms around the small of her back.

They swayed together, both of their minds going to the first time they met, their first kiss, their wedding, and all of their other firsts.

"When I saw You I fell in love with you and you smiled because you knew.."