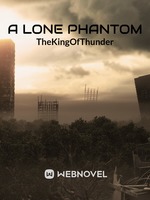 A guardian is blessed by the traveler, unique among all in his abilities, and given powers unheard of by anyone. However, he is cursed with the burden of memory. Memories from before the collapse.

He is separated from other guardians, for they think his abilities unfair, and abnormal, and push him away. At least, all but a few. He is an outcast.

Guardians come to know him as "The Phantom"

He strives to find everything he can from his past life, and blazes a trail of glory and destruction in his wake.

Legend, Godslayer, Hero, and a little bit of mischief mixed in, this is his story.

Join him as he creates all kinds of trouble, gets into all kinds of dangers, and uncovers numerous secrets, and plots, and saves the city a few times. He earns trust and respect the hard way, and not on purpose. He fights on his own terms.
(at least outside of the crucible)

"A phantom's wrath descends upon all who oppose him" - The Drifter

(not an actual quote btw)

This piece is a fan-fiction of the Destiny franchise of games: Destiny and Destiny 2

This is an original work based on this franchise, and was written by me, and me alone.

I do not on any way have ANY part of ownership of the franchise.

Please support Bungie, it's creator, and the original games. I am writing this because of my love for the franchise and the fun I could have putting my own designed character into that situation.

The lead character is original.