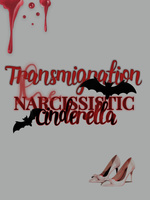 The arrogant, ill-mannered, and narcissistic Moon Jiwoo had met downfall in her previous life, and when she faced death, she was given a second chance. She was transmigrated into the body of pitiful Shin Daerin.

Now, bound to a system, she was given three tasks— Protect the heir to the throne, return him to his rightful place, and get him to be with his queen.

Not only that, she had to unlock her powers and train them in order to protect the prince. In Moon Jiwoo's opinion, they seemed impossible, and her prideful attitude won't let her bow down to anyone.

Nonetheless, in order to fulfill her wish, she had to go through the missions.