/ Contemporary Romance / Until I Met You; My Love 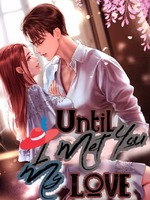 Until I Met You; My Love UIMYML

'If there are playboys then there must be playgirls too.'

“What is about a uniform that makes a man instantly that much more attractive?" Her voice was able to drug anyone, so sweet.

The military uniformed man smirked, with his alluring smile that produced every one existential crisis.

"What is about a uniform that makes a woman instantly that much more attractive?" He said behind her.
" I affectionately known a woman with a white uniform when she laughs delightedly she is beautiful when she cries she is irresistible, but when she is fiercely determined she is seductive as hell.” He spoke.

"May I know her?" She playfully asks while turning to him. Without any breathless second, she instantly felt warm but vigorous hands on her tiny waist.

“I like your smile,” He says—so casually, so calmly, expressing his desires for her.
Her smile was more beaming.

She drew him toward her with her eyes; he inclined his face toward hers and lay his mouth on her mouth, which was like a freshly split-open fig. For a long time, he kissed her, their tongues ruling each other refusing to lose, breathing deeply.

"You taste so good, Xiang"

Mei Xiang was too much: Too smart, Too beautiful, Too strong. She is like a fierce fire and flowing water; if loved correctly, she will warm your entire home. If abused, she will burn it down and strong enough to drown you, soft enough to cleanse you, and deep enough to save you. For sure, She wasn't like a white lotus lady; she hates weakness.


From killed by her own father's violent hands to be the noble daughter of the elected Governor. From an innocent and abused girl to the most prestigious surgeon in the country. From been played to be a passionate player. From her tragic life as Xia Mei to the successful Mei Xiang. She had been reborn. Indeed, she has been through hell. Therefore, fear her when she looks wistfully into the fire and smiles. She will ruin you in the most attractive way possible and when she leaves, you will understand, why storms are named after people. Your only hope to be spare is if you aren’t in her way.


Mei Xiang is an extraordinary person of uncommon gifts. She was like an elegant bird in flight, making something so impossible for others to appear easy and natural. One glance at her ebony skin against that starched white uniform and their respirations eased to a more relaxed rhythm. She is a genius surgeon; her talented hands were nowhere to compare. Nobody is more calm, confident and hardworking as her. When her gaze fell on them, it had the warmth of an angel and her voice is deep yet honeyed.
Her speech contained a liberal dose of terms of endearment: "honey, sweetie, sweetheart, and love." With just her presence their pain medications worked better, their appetites improved and they slept more profoundly. Nevertheless, a gorgeous military man could not be okay sharing his affectionate nicknames with her patients.