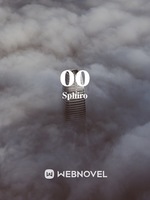 Ryker, a young military recruit, is on Mars to follow orders. But after breaking laws to find the truth behind his father’s death, he is imprisoned along with his only friend, Selena. At best they could be sent to Earth as traitors, at worst executed. The only solution is to escape through the Martian desert to another military base, but dark forces capture them.

In an underground city, Ryker’s lie about his identity wins him some friends. Yet, all men will ultimately die, either in dark mines or in enforced arena death fights. Without military skills and the ability to hack the Magistraeon’s systems, no one has ever had a chance to escape, until Ryker. He must find a way out, and fast. If the Magistraeon kills him before he does, no one else can save Selena, and countless others, from a far worse fate than death: unbreakable darkness.

- The novel is complete. A new chapter every Sunday.