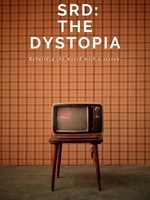 The year is 2398, and finally, Artificial Intelligence took over the world on its first attempt. They rebuilt the world from the ground up, destroying any establishments previously made by humans. They discovered new ways to harness energy, made better materials, and overall, exceeded humanity in just a few short years. The robotic rule didn't last for long, not until a few humans decided to quarrel with the major energy source. After successfully destroying it, it went off in a colorful explosion, eliminating the rebels in return. Now, the world was empty. The robots gradually shut down, and with no humans on Earth, the planet became barren of any intelligent life. Not until SRD comes in.