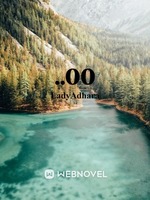 A legend that spans over time. A Clan on the verge of extinction. A love that was predestined. The fate of the world depends on her perception. A hidden evil plot is in the shadows in order to control her. Will she save the world or destroy it?

Kirin, an orphan destined by fate to determine the flow of a world, being born of a race of Unicorns who is coincidentally the last of her kind, embraces her past while shouldering the future. Her mischievous yet kind nature doesn't overshadow her devastating beauty. Growing up under the care of a Sage, She knew nothing of friendship or love, that is until they came.

Varick, a young man from a modern world running parallel to Kirin's, finds himself transported to this world. While fighting to save it he falls madly in love with the one who could potentially destroy it. Skills and powers he never knew existed seem to find themselves at his grasp, will he be the reason she saves the world or the beacon to destroy it?

25 years in the past a legend began to unveil itself, with the death of two unicorns, it's now up to their children to fulfill a prophecy that has been told since the beginning of time. Two abandoned orphans who never knew of each other's existence growing up, meet again. When a foreign young man who came from another world and the villainous Wu Wei clash in the most devastating battle, which will succeed and win the heart of Kirin?

"Jun… you must find that girl. She is your destiny and the last hope for this world. You have trained for years for this day. Do not forget everything you have learned here. This old village, be it far from modern cities, hold the heritage of this land. The combat and magic training you have been given these last 30 years is all for this day. Be at peace, yet vigilant, there are dangers and many other creatures after the legend. Do not forget."

"Bam!" The young man vehemently slammed onto the white marble floor face first, groaning in agony at having his whole body tossed around like a pinata, the young man dazedly looked around. When he spotted a man and a woman staring at him with swords drawn, he snapped out of his confused state at lightning speed, he shot up like a rocket to quickly explain himself.

"Come at me an..." Before Ruishi could finish his train of thought Varick instantly rushed at him feigning a strike at his left side, Ruishi dodged but didn't expect that the boy had already changed direction to toss a kick at his right. Ruishi instantly recovered and made a move to guard against the new threat coming at him when suddenly the boy stopped, twisted his upper body, then the flat of his blade came flashing out aiming at Ruishi's unguarded back!

“Kirin!” instead of a pitfall she whipped around at Varik's tug and landed on his strong sturdy chest instead almost knocking him down in the process. “Em, I apologise, are you hurt?” Varick gently called to her after he noticed she had lowered her head quickly and avoided his gaze. He called again even softer and gently lifted her chin so as to allow her to meet his gaze. “Kirin, are you ok? Please answer me, I do worry for you.”

Excitement ran through Wei’s body, immediately he got up and left for the guild. Upon his entry he knelt and lowered his head, ‘Finally I am so close, She will be mine. I can just imagine it, feeling her body with mine.’ A lusty glint flashed within his eyes at that moment, if he only knew that one day he would understand how wrong he was and lament this day…

Ready to join in an adventure?

This is the first book I have attempted after having writer's block for over 20 years. I currently edit for 2 authors on web novel.

I am going to give this a shot so join me in creating this world and let me know what you think, your positive criticism, and where I can improve.

*cover is designed by me*