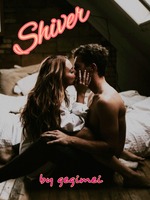 Even though her father, who was soon to be Mayor had chosen a suitable future boyfriend for her, she was already fallen head over heels for the boy, who was said to have slept on the beds of half the girls in town.

Tom had never been attached to anything in his life before. When he met Charlene, he felt something that he didn't recognize, he wanted her all to himself, nothing more and nothing less.

Despite how much they wanted to be with each other, they faced many challenges of circumstances, from other people and even between themselves.

How are they going to stay together in the very little time they have before they go on their separate ways for the pursuit of a better future?

This is a romantic teenage love story, set in a small town called Bluebridge. The story is set in the year of 1996.
The story contain adult subject matter readers discretion is advised.

This story is completed, however it is still in the process of editing. I will be posting three chapters at a time and a sequel is also in the making.

I hope you enjoy my first try on the romance genre, positive feedbacks are welcome, hit the star button and leave your comments when you feel like it. Thank you for reading.