In Library Add to Library
sign in
20% No Way Without You / Chapter 1: Happy Graduation! 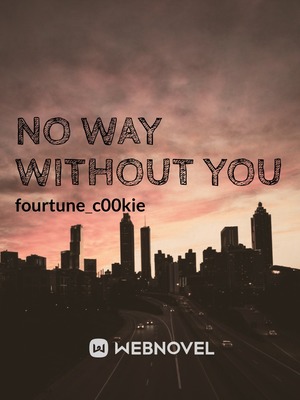 No Way Without You

"You have one hour. You may begin"

The rhythmic tapping of pens could be heard throughout the hall. On the stage, there was a clock running slowly as each second painfully slipped by.

A sea of students had their heads down, busily examining the paper before them hoping to recall some obscure knowledge clumsily cramped into their heads beforehand.

Amidst all the students, a boy quietly sat there, as he rested his chin lazily on top of his hands. He glanced around at the clock then shifted his focus to the examiners, who shivered slightly upon meeting his desolate gaze.

"Why can't Ling Dang take this a bit more seriously, geez" a blonde female examiner whispered to the man sitting beside her.

"You know his personality, he's always been like that" the man replied, unable to hide the amusement in his eyes as he stared fervently at the boy.

"Not going to give up until the end huh..." he murmured.

"We're already lucky he hasn't torn the building down yet."

The woman bit her lips, her eyebrows creasing her petite face slightly. With a sigh, she turns her gaze back to the clock.

"Five minutes remaining!" she shouts, hoping distract the boy, but to no avail. She sighs quietly, then returns to the man.

"I hope he can find what he's looking for after high school" she murmured, the man nodding silently.

Students poured out of the exam hall excitedly. The majority of them gossiped about the latest celebrities, games and other topics students would discuss. The few smarter students huddled together outside the hall, quietly discussing the content of their last exam of high school.

"Did you guys get question 23? That was really difficult right, Ling Dang?" a boy with neatly trimmed golden hair and pale blue eyes stared at the quiet and aloof boy opposite him.

"2x+3y" the boy replied, not even bothering to meet the gaze of the tall, blonde boy.

Two other girls joined in.

"I'm wrong then" the boy shrugged indifferently, looking up at the clear blue sky.

"How long did you spend on the exam Brad?" another boy asked.

"Woah you're a monster. I think Felicia finished her graduation exam in just under forty minutes. Not bad man, you're almost considered a genius."

Felicia. A publicly hailed as a genius who graduated from their school last year. Upon graduating, she was accepted into the prestigious American Harvard university and was offered a full scholarship to study medicine. She had topped the state in all her subjects, making her the first ever "Rank 1 All-Rounder" in history.

Gradually, the large crowd of students dispersed and the "smart kids group" bid each other farewell as well.

Ling Dang quietly walked away, as if afraid of enduring even one more second of this forced friendliness.

"Why'd you go and do that? You know he hates when people care for him" the blonde, blue-eyed boy asked the skinny girl.

"But...but we might never see each other again! I was hoping our last day together would make him react...somehow. Does the six years we've all spent together laughing and crying mean so little to him? Why is he still hung up over something that happened years ago? He's so cold to us! We're his classmates!" the skinny girl let out unhappily.

"Hmph, classmates? He's always thinks he's better than us. He thinks we're not worth his time! Damn, I hate his indifferent attitude towards everything! Even though he never studies, he always ranks in our year's top five, no matter what. Pisses me off, it's like he's mocking me, like he's saying 'Try your hardest, dear Braddy, but know that I can crush you anytime with just my pinkie'. What a waste of his big brain" the boy named Brad snorted coldly.

The rest of the group exchanged glances without a word, then burst out in rabid laughter.

"Brad, you know he's two years younger than us! Why are you squabbling over grades with our little junior? Sure he's cold but he looks quite cute like that" another girl joked.

"Why doesn't he take these exams seriously? If he tried, he could've finished that last exam in under half an hour. I just think he's...Why won't he..."

"Enough Brad." With a helpless sigh, the tall blonde boy replied, "We shouldn't bother him haha. We don't know how he feels, we're not him after all. Sometimes others' actions may not make sense to us, but to them, the reason behind their actions are more important than anything in this world."

Everyone fell silent, even the usually loudmouthed Brad.

"Hey, cheer up and let's go celebrate! We just graduated, for heaven's sake! We should be way happier!"

The group all brightened up, with the atmosphere returning to its usual relaxedness. Brad took one last glance at the disappearing back of the boy whom he admired so greatly, the boy who could utterly destroy his self-proclaimed 'genius' title in both sports or academics, as he shook his head resignedly and turned back to the group. Laughing, chatting, these high school graduates headed in the direction of a fancy restaurant nearby, excitedly anticipating their futures.

Hello! This is my very first work "No Way Without You" and I am still currently experimenting on my writing style. I hope we can enjoy the growth of our protagonist(s) together in the future, and I hope you guys can all support this little project of mine while I try my best write this novel! Thank you in advance!