In Library Add to Library
sign in
50% Secrets in Color / Chapter 1: Prologue: Laurel 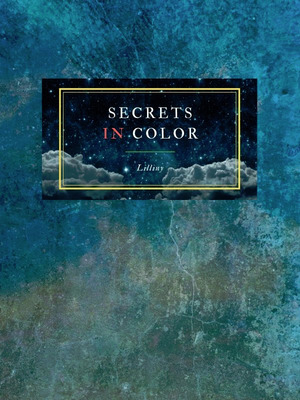 Michael's chains rattled, dragging against the ebony granite. His glittering angelic armor had been replaced with something equal to a potato sack. Though he had spent a while in the castle's dungeon, he still had his warrior physique.

The War General fought against the golem guardsman's clay arms. He wanted to punch the man before him. He wanted to punch his traitorous King. But he was too weak. While he and his comrades were locked away in the dungeon, they had no way sustain themselves. Despite his looks, his strength was that of a mortal's.

The Demon King. The King of Hell. He and his armies tried for millennia to gain a foothold within in the Mortal Realm.

There was war. The final battle. But, it went on for far too long, destroying the Mortal Realm's already delicate balance. The angels lost their source of power: worship. The demons had gained a larger source of power: the entire Mortal Realm. In the end, the angels lost. The Middle Realm and Heaven both scorched black with ash. Twisted spires of Gothic architecture blotted the land. Rolling volcanic hills, splitting open to reveal lava rivers echoing the screams of mortals. Fated to suffer for all eternity. The Cycle of Rebirth had been destroyed. Hell, was everywhere.

Ever since the final war had ended, the remaining angels watched from their chains. They watched their Laurel King gleefully serve the King of Demons. They watched him cater to his every whim. Laugh at his jokes. Feed him mortals. They gaped; their one chance of freedom, it never existed in the first place. How could this be? Had their King been corrupted? But, by whom?

That familiar voice. It was too calm. The cold realization finally hit him. He was the last one. All of his comrades, soldiers, friends, were long gone. The war was over. The War General stopped struggling. His exhaustion dripping onto the glimmering ebony tile. Chains shook, following the angel as he lost his balance, dropping to his knees. Michael felt Laurel loom over him.

"This is goodbye, forever."

When Laurel was tasked with getting rid of his former subjects, the only thing he was worried about was the number: ten thousand. He sat on the problem. Unsure of what he should do.

Then, during his tea time. It came to him. He was sipping, watching a blood bush's vines wrap around a mortal, eating the poor man alive. While he was enjoying the strange scene within the quiet of the greenhouse, a vine bloomed. One of the glistening red spines had burst. Out of the fleshy gore, a gentle flower was born.

It was a soulless black, it's edges dusted with gold. And it was beautiful.

It reminded him of when his world was so much smaller. There was no Heaven, full of white marble and gold. No Hell, full of black granite and ash.

There was only the Beginning.

Back then, Laurel had no name, no title. He would play in the murky grey clouds, kicking up golden dust. There were no rigid black lines, only loose shades of grey. This whole thing had started when he had tripped while playing with his only friend. He shattered some sort of gem, awakening the first angel.

Could he? Would it be possible to return his subjects to this "Beginning" state? It wouldn't hurt to try.

It was unnerving at first. Turning a complex being into a simple gem. Originally Laurel expected a 'full reset,' clear gem and all. Instead he was met with gems that matched their personality. They were single galaxies of emerald, sapphire, and crimson. A smokey exterior, working as a window. Speckled within were veins, streaks, and flakes of gold.

It was charming, but now he had all these jewels lying around. He wanted to somehow display the gems. He had to see them everyday. None could go missing.

With these points in mind, he finally decided to make a chandelier.

They would hang, all ten thousand gems, from the Demon King's entryway. Everyone would see. If a piece went missing, Laurel would know. Immediately.

Laurel reached into Michael's body. Like always, there was the initial rejection, but Micheal had accepted his fate. Then a deafening scream. It was loud, too loud. And then it was nothing. Michael was nothing.

Laurel was finally rewarded with his centerpiece. The War General's personalty was a nebulous swirl of crimson and black. As he tilted to a different face, the color dimmed to a glorious emerald. The third face was a shimmering sapphire. The fourth face was a joyous pink. Michael's soul was even more perfect than Laurel had imagined!

Laurel stepped down from his ladder. Proud of completing his tedious work, he went to go see his master. Ranunculus, King of Demons.

This is just something fun that I wanted to write. Helps me get unstuck with my other story.