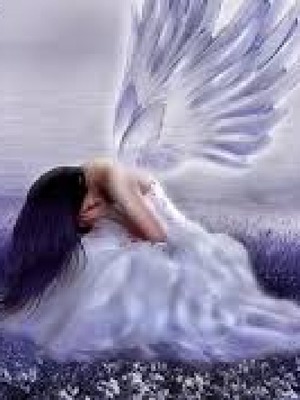 These days, the people on the earth is very cruel. Crimes is everywhere. Killing someone is always in the news, like it was a common scenario in the world. Drug Dealers is gaining population. People selling their bodies are there in the dark waiting for their customer to come. **** is a common news to everywhere, it doesn't matter what age or gender. Corruption is taking place, specially to those people suppose to be stopping it, and the powerful one, who we voted, to the president of our country. The world right now, is a kind of mess. And for that, the people started to be insane and do things that you can't even imagine. Is there anyone can stop it? Is there anyone can change it? Is there anyone can bring back humanity in this world?

The Angel's above is crying, their heart is broken into a million pieces. No humans right now is doing right. They are all been corrupted by the sins they have done. The evil are taking the world if it is still continues. But God never let that happen, so he send one of his Angel to save the human from the evil. Eurrecca is an Angle always look for the humans, she was always in our land trying her best to wake up the people from their wrong doing. But no one intend to listen. And then God ask her. "Eurrecca how much do you love the people on the earth?", God said. "My Lord, I can give up being an Angel to save them right now". she said. "Okay then, it has been decided, you will be my instrument to wake up the people from their sins. You will become a human and help them to change. You need to understand why they are doing that, and how are you going to stop the evil in their hearts. But I need to erase your memories. You need to survive the evil that corrupts the human heart. Are you willing to do that, to be able to save the people?", God said to her. And Eurrecca replied, "My God, i am thrilled that you chose me from this mission. It is my pleasure to do it. And my happiness will be rising again, if I save the people in the earth." And then God sent her to the cruel world. Eurrecca sent to the earth right away after the she accept her mission.

CHAPTER I: The Sinners and the Angel met

A man whose the age of 20 saw a naked girl in the lake near his house. He thought that she was been raped and killed. While he was approaching the girl, it suddenly moves it's hand, and he rush towards it, because he knows she is still alive. "Are you okay miss?", the man said. "Who are you? where am I? What is this place?", the girl replied. The man knew that this girl lost her memory due to something terrible happened to her. "Do you know your name? or where do you live?" he ask. The girl talk and said," I am Eurrecca, I don't know where I live or how I end up here". The man help her and said he will take her to his home. And figure about on how he will help her.

I was walking to go home, I was stress out because I need to pay the debt that, my father left to us and he run away. I don't know what to do, how to pay the debt. Suddenly I saw a naked body in the lake. Is that person dead? Can I sell it's organ? I won't be on jail because it was a dead body. Danm! Lucky day!!!!! Oh my!!!!, What a beautiful dead girl. Damn it, if she could still alive I can make money on her. OOOH her hand move. She was still alive. "Are you okay miss?" is she was a raped victim? damn I don't care, I can just lure her to my house and sold her. But before that, I need to test her first. The fuck!!! she lost her memory? Damn, I am so lucky to see her. She was so dumb to come with me. I can pay the debt that my stupid father left on us. Easy money..

please tell me if the story is so boring or need to improve I am just a beginner so please bear with me. and help me to grow. I can accept criticism so I can improve myself. Thanks in advance.