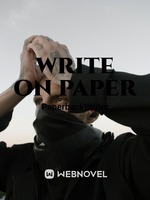 During the period of 1337-1453, a terrible war broke in Medieval England and that period was called (Hundred Year's War) and a huge turmoil ensued between the England and France with the involvement of rebels as well as opportunists.

It was late winter of the year of 1440, when the fate of Prince Audemars was inadvertently turned around for the worse.

No matter how Prince Audemars was praying hard in his heart, little did he expect that the rebellion had taken over the household and kingdom and ruthlessly massacred his family.

Shrouded in an inconspicuous dark coloured cloak, a short sword at his sides and a small leather knapsack on his back, he barely managed to escape the impending doom as he witnessed his family succumb to their injuries.

He kept running into the wild forest, filled with shock and had coincidentally met with several escapees from and around his kingdom.

With a few followers on his heel, they made their way deeper into the wild forest, unbeknownst to Prince Audemars that his life journey had embarked as a Banished Prince.

With little knowledge of how to survive in the wild and its elements, he slowly adjusted himself, disguising as a commoner as he turns the tide for those who were loyal to the old King and willing to sacrifice for the Banished Prince.

Unknown to others and only known by the followers, his life soon changed through a tumble of rag to riches and the painstaking events to build from nothing to an empire.

Embark on a journey to be part of Prince Audemars adventures, romance and the slapstick of the followers.